Hiking in the Minnamurra Rainforest recently after a week of inclement weather, one did not have to look far off the elevated walkway to see a wide assortment of fungi and lichen. Pushing out of moist soil or out of cracks in bark & rotting logs, my daughters and I found strange coral shapes, brackets, cups and mosses. Sifting through fallen leaves or overturning fallen branches, white fungal hyphae strands are everywhere, collectively forming a mycelium – the branching network of filaments absorbing nutrients and communicating information between fungi & plants. 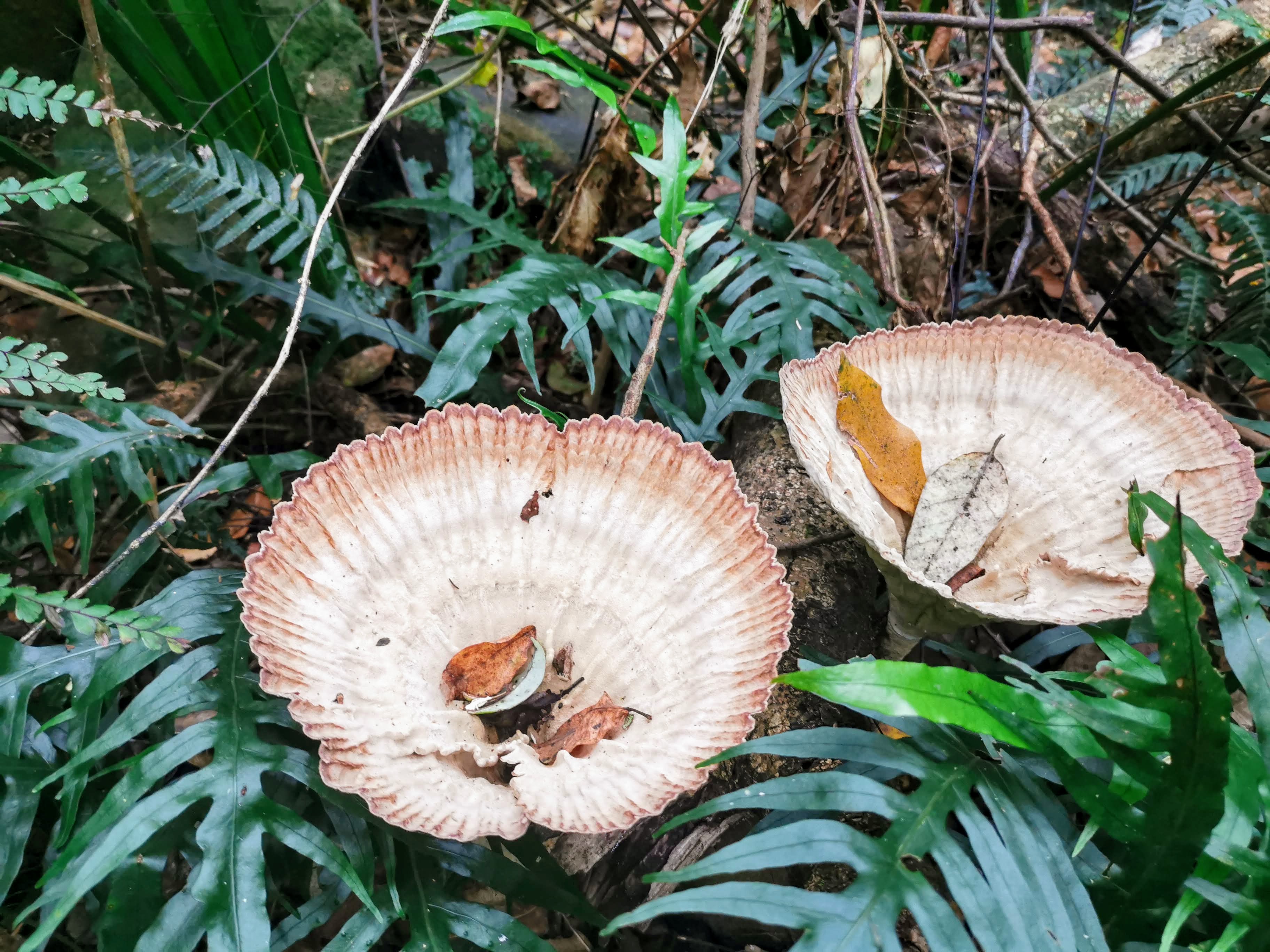 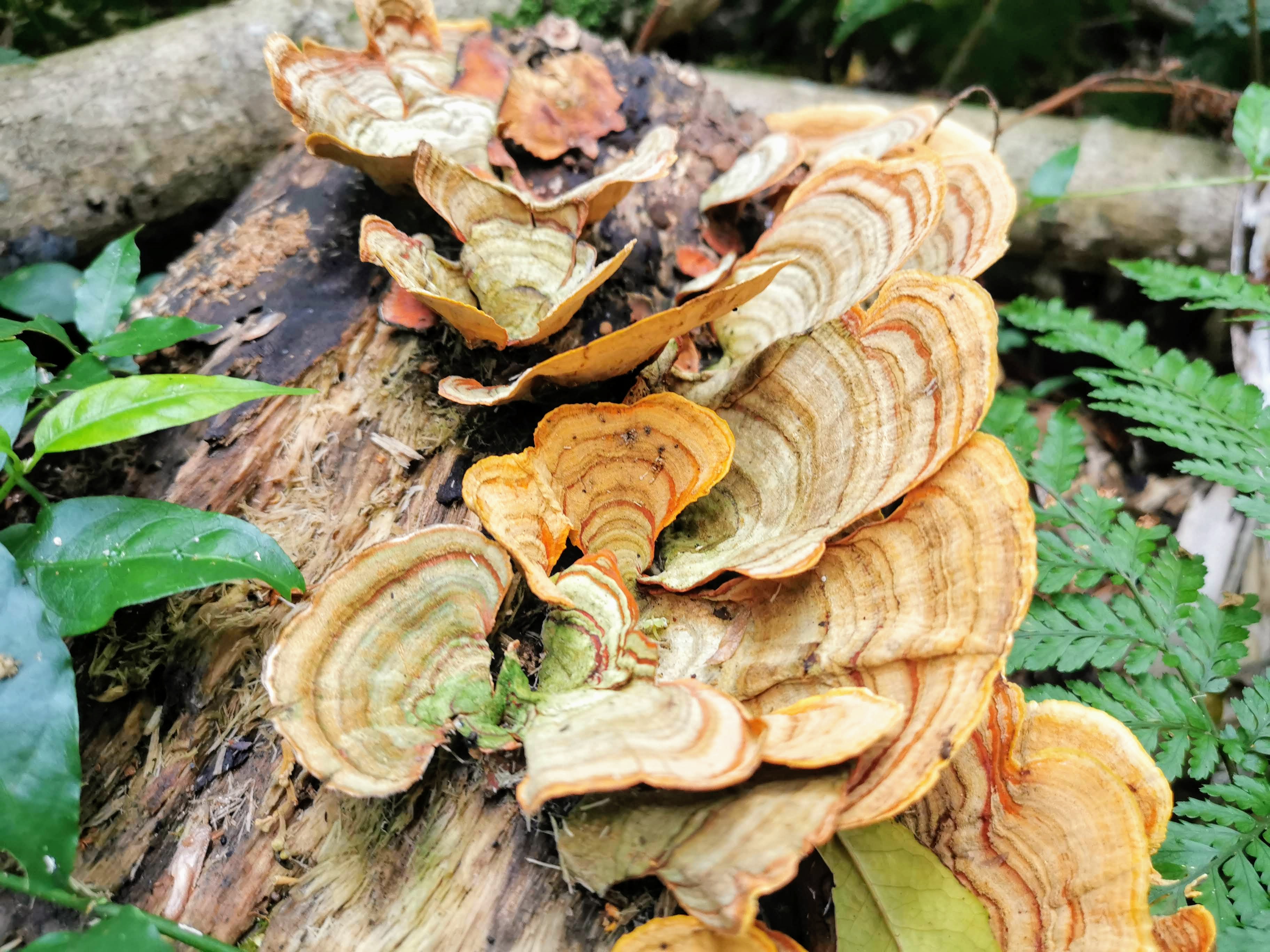 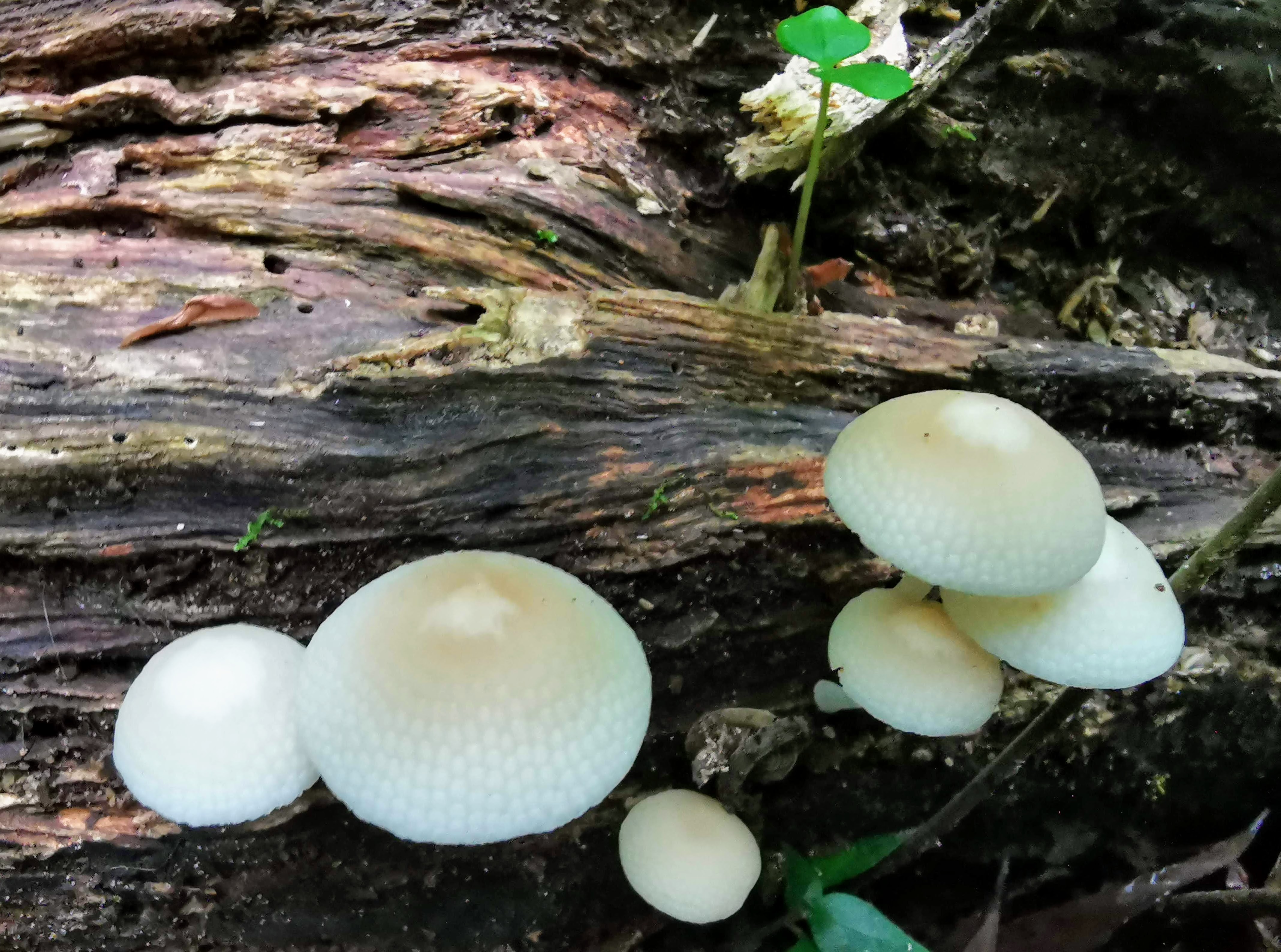 Back at the visitor centre, I enquired whether there were any resources available on the local species of fungi seen in the Budderoo National Park. Unfortunately, despite numerous books describing the rainforest’s plant and wildlife biodiversity (we were lucky enough to spot lyrebirds and an eastern water dragon), there was nothing on fungi apart from a friendly warning from staff not to eat any of the mushrooms I had encountered. Was not planning on it! 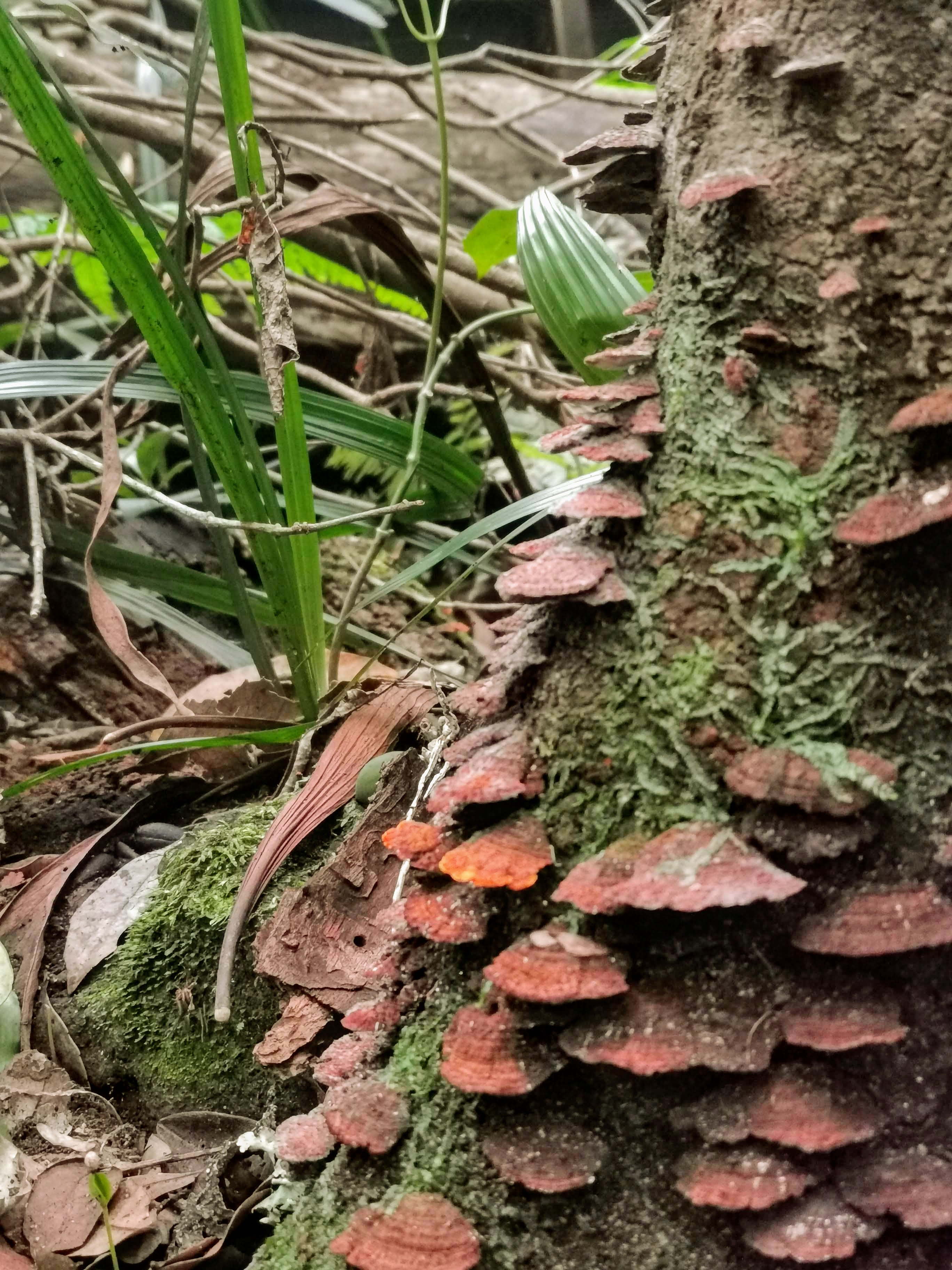 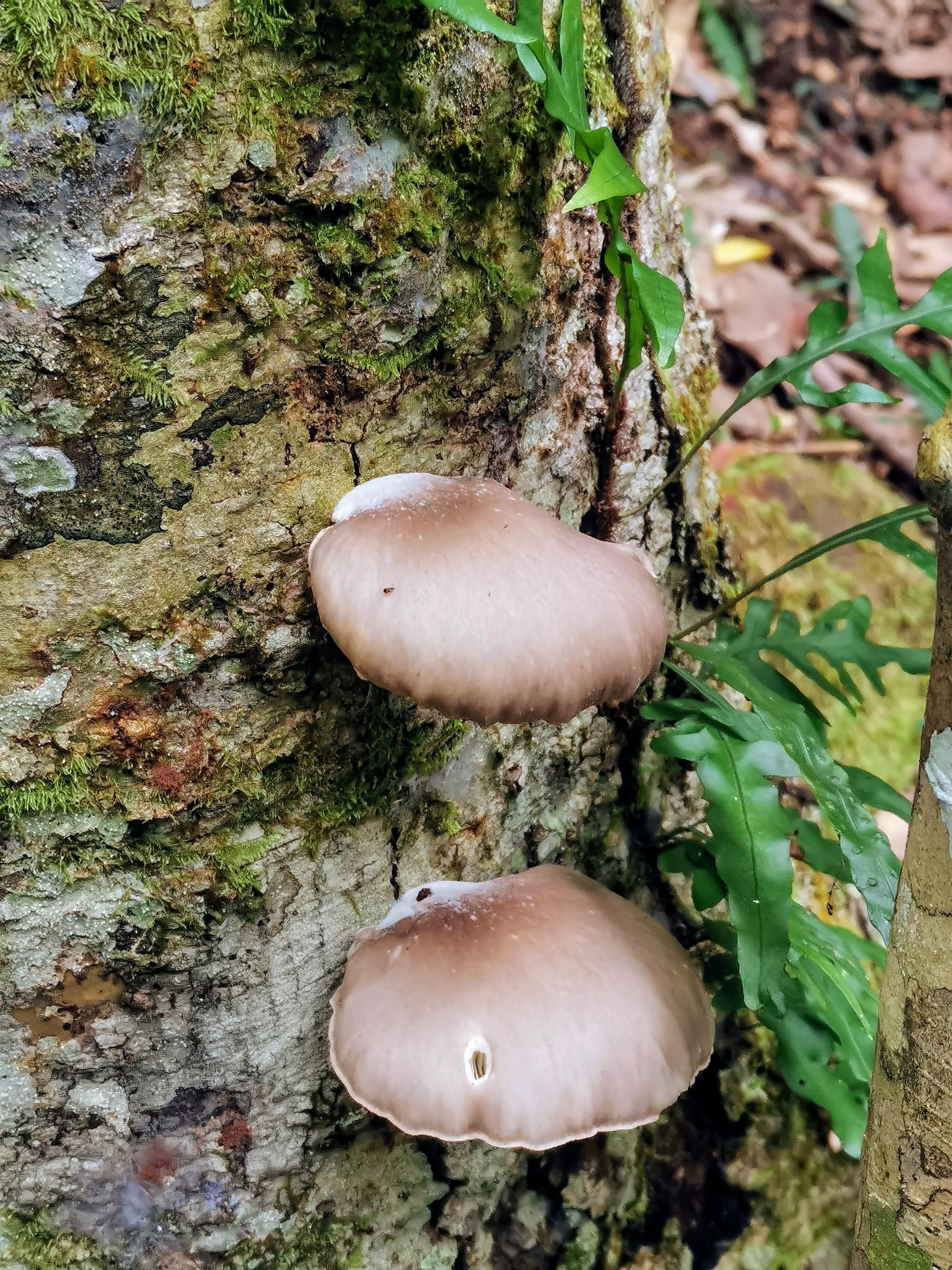 A better understanding of the symbiosis between plants, fungi & soil bacteria could be key to combating increasing salinity1, drought & extreme heat2 and desertification3 in the face of worsening climate change. There is a rapidly growing body of research looking at these interactions and the benefits to host plants, including improved nutrition, enhanced resistance to soil-borne pests & disease, improved resistance to drought & salinity, tolerance of heavy metals and improved soil structure4. The applications are relevant for both agricultural crops and rewilding projects.

One such paper recently published in Nature5 explores how Arbuscular mycorrhizal fungi can enhance the tolerance of plants under salinity stress. Soil salinity reduces the uptake of important mineral nutrients (Nitrogen, Phosphorous and Potassium), thus reduces the growth & performance of plants. The study, conducted in Thailand, found that Eucalyptus seedlings pre-inoculated with salt tolerant mycorrhizal fungi species had plant performance levels more than 30% higher than non-inoculated plants after 90 days. Chlorophyll levels were 50% higher and the Potassium/Sodium ratio increased by three-to-six-fold – both key indicators of plant health. 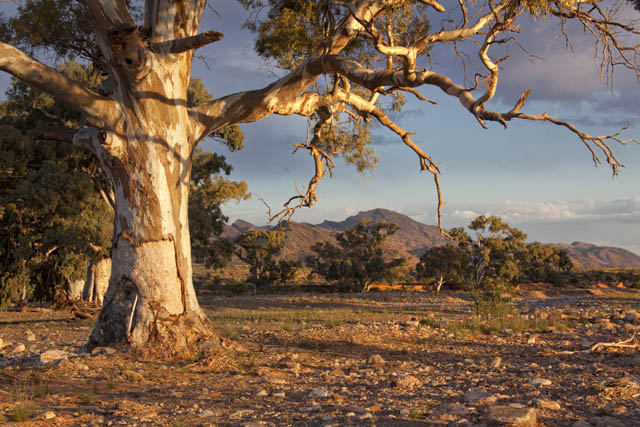 The seedlings used in the study, known as river red gums (right image) in Australia, typically grow alongside rivers in the Murray-Darling basin. Hardy trees, they can tolerate moderately saline soils, which are also found in the north-eastern region of Thailand. Used as a raw material in the production of pulp, oil, furniture & housing, the species has become one of the most economically important trees in Thailand and an increase of 30% in plant performance could be worth millions of dollars as areas affected by salinity are unlocked and the health of plantations improves.

The paper’s authors admit that the underlying mechanisms deserve further study. How does mycorrhizal fungi enable the plant to increase the update of major elements (Nitrogen, Phosphorous, Potassium) while reducing uptake of Sodium? Why do some combinations of plants & fungi demonstrate a high degree of interaction, whereas others do not? This is surely an area to watch closely in the future as we learn more about the symbiotic relationships underneath our feet.

Moreover, with at least of 93% of Australia’s flowering plant species not found anywhere else in the world6 – some 18,000 endemic species, we have a duty to appreciate, understand and utilise the power of fungi, from our rare remnant rainforests to vast deserts. From dining table staple to medical cure, to climate change secret weapon, fungi is an under-appreciated and untapped natural resource that Australia needs to capitalise on.

If you are interested in further exploring the world of fungi and its potential in the fields of medicine, treating anxiety, food, agriculture and more, go watch the film Fantastic Fungi, directed by Louie Schwartzberg. It is a gentle & informative ride, with beautiful cinematography, time-lapse sequences & music, which places fungi at a central but up until now largely unrecognised place in our environment.